A college friend tells me her boyfriend, someone else from college, feels proud of me for accepting the scholarship without a clear career path from it; it’s not part of a grand resume building plan, it is a jaunt across the globe, far away. My mother thinks it will lead me down an excellent career path.

“I’m the type of man who pretends he doesn’t like to brag, although I will certainly back door brag, smuggle in my CV across the borders of casual cocktail conversation. As someone constantly trying to disabuse myself of the neoliberal, this produces a sliver of shame. If I was a more ironic person, I would say I was doing queer performance art.

That’s from my notes app, April 15, 2019. A bit indulgent sure, but something kind of funny. “Smuggle my CV,” who the fuck do you think you are?  “Back door brag” is a joke lifted from 30 Rock. A writing process, a series of influences, isn’t particularly interesting, trust the process, Hinkie should’ve been able to see it out if Brett Brown can stick around.

Quarantine hasn’t been too hard on me. In Serbia, I spent a lot of time alone, reading, filling my days with tasks, menial, grand: read the first book of In Search of Lost Time, cook breakfast, be kind to yourself.

Ask any of the five people I divulged my feelings to in Serbia and they will tell you I was annoying. I sat in an empty room most of the day, window ajar, socialist realist architecture outside in the posh part of the city because the government told me I could afford it.

It wasn’t some grand plan: I hated myself, I hated where I was in life and when the director of fellowships asked me to apply again (once more to the breach, boys) I did. I was bored, I hated bartending when all my friends had silky post-grad careers and salaries and boyfriends. I hated hearing how well everyone was doing, when sure, I was in love, really in love with the person I was dating, but my resume didn’t look shiny, it didn’t have the aura Villanova promised, it had a GPA and a work study job and a bartending position of four years. I had my thoughts and professors who, for some reason, believed in me, despite my clear mental health decline and fracture over my senior year, but my grades were good so no one said anything. Well.

The Arcade Fire song, “Empty Room” was the only one I didn’t like from their album The Suburbs because even though I think Régine’s voice is more interesting than Win’s, the song felt too close to home. The violins a bit too on the nose, knows, no’s, nose. The song reminds me of sitting on my mom-mom’s couch and being 16 and sad and her hugging me at the bottom of her steps, hugging me too hard, smacking my back like she’s trying to burp me and saying “Matthew, I don’t know all the details but I love you, I will always love you, don’t worry, it will be okay.”

She died in my living room last week. I said goodbye while my aunt told me about her new grandchild and I didn’t really listen, I thought about how, if she did speak, like everyone said they could hear her doing, I wanted her to say Matthew one more time, hear her say my name, tell me it’ll be okay again. Our last conversation was so sweet, pre-surgery number 1, she only wanted to ask about my new cat and all his illness. She didn’t contract COVID, she died, as I deadpanned to my brothers, from “being too cool,” too many drugs and alcohol over 84 years ended her liver and kidneys. 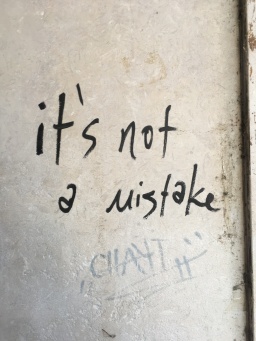 I miss her. If I heard her say my name or someone called me Matthew in the last week, I would’ve cried. My friends from high school called me “Zark” a nickname since middle school and one I only hear in my hometown. That name doesn’t bother me, I quite like it. I only let the men I love and my family call me Matthew. A principal once called me “Zarenkiewicz” and then I yelled at him and was punished.

I miss mom-mom, I miss her voice, I miss sitting in her cramped, messy one-bedroom apartment where she used her bed as storage and slept on a cot. Last night, in her honor, my family did a shot of Serbian brandy we had left over and an hour later, I couldn’t feel my feet, had to remind myself they were there. Missing feet, the thing that sent mom-mom to the hospital. I started to panic and rubbed them over and over, found them again.

I guess, after the fact, my resume is now glossy. I make some money like the others, have something to stick on my parents’ fridge and say “look at him go!” A few of the people I went to college with (((sold out))), realized that their ideology and their interests didn’t align with the profit motive. They wanted families, that’s fine, but don’t pretend you left a PhD for honorable reasons, you did it for the same reason you chided the business school: you sold out for more money, it’s fine, let it go. Quit these pretentious things, just punch the clock.

A few people individually sent well wishes and some felt more honest than others. I thanked those who went above and beyond, sent DMs, texts, emails to all the people. I’m sorry if I missed you, consider this a thank you. I’m tired and I need people, though I don’t like to admit it.